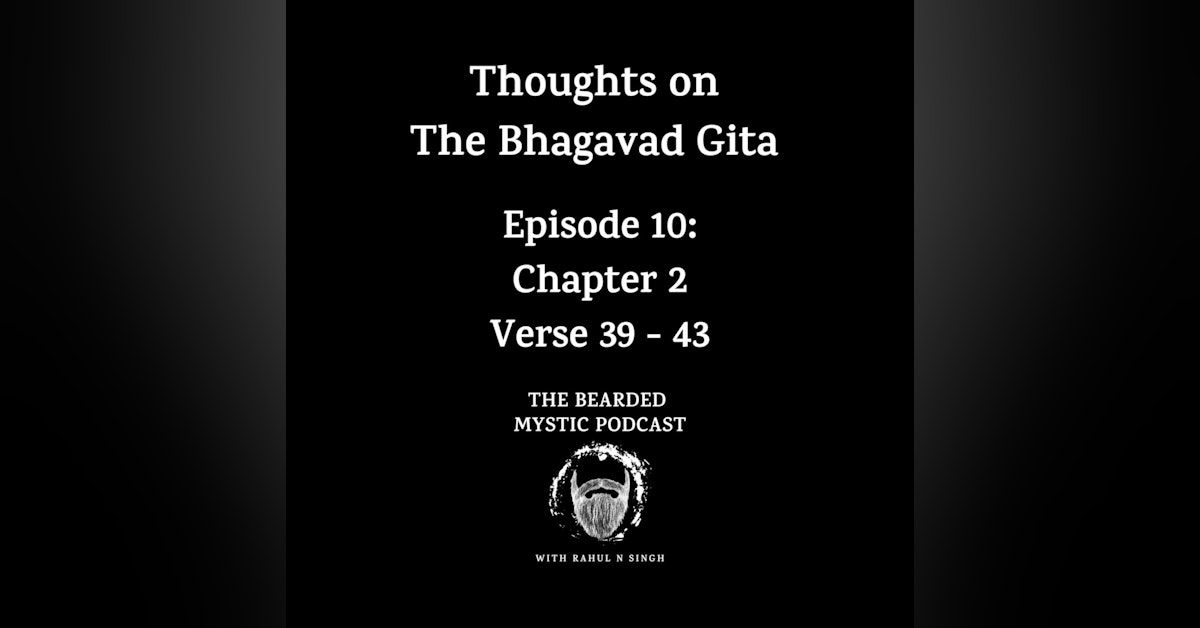 In this episode, The Bearded Mystic Podcast discusses the 2nd chapter of the Bhagavad Gita, specifically verses 39 - 43. Shri Krishna discusses what the focus should be for Arjuna and how he can master the understanding of Sankhya Yoga and day to day actions in life.

I hope you enjoyed listening to the 10th episode of the Thoughts on The Bhagavad Gita and if you are interested in listening to more episodes like this on further chapters and verses, or on Non-Duality, or you want to learn more about the wisdom of the Mystics please follow/subscribe to this Podcast.