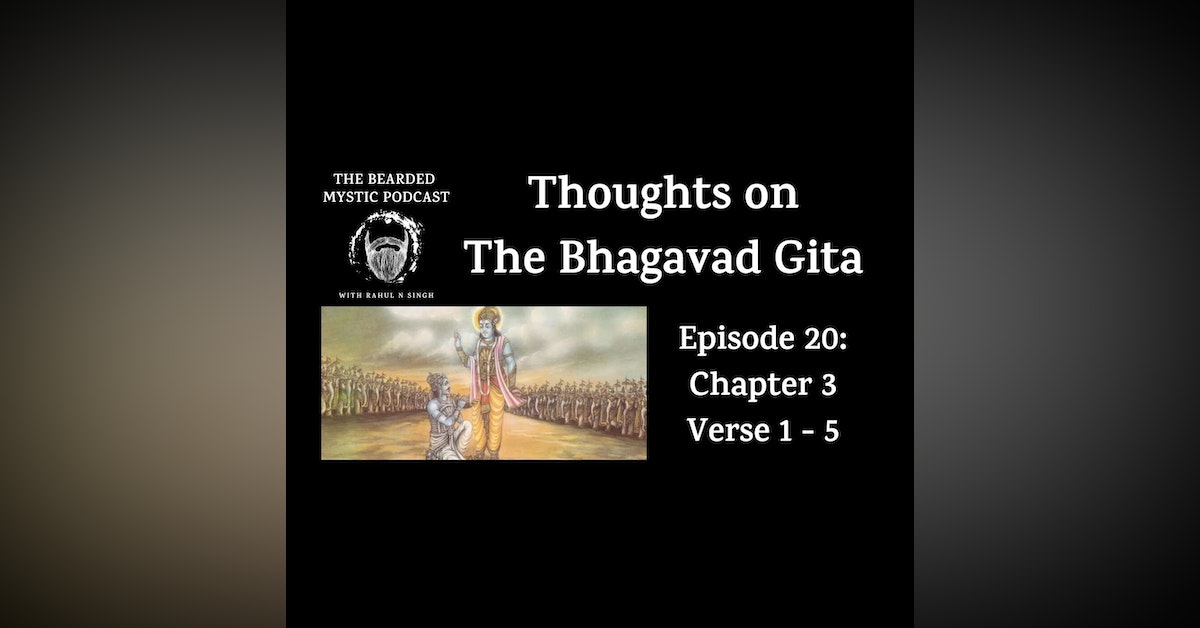 In this episode, The Bearded Mystic Podcast discusses the 3rd chapter of the Bhagavad Gita, specifically verses 1 - 5. Arjuna begins with  wanting to establish what the best process is going to be for him. Is it the path of knowledge or the path of action? Arjuna’s confusion needs to be eliminated and Arjuna wants to know what path of Yoga will help him. Shri Krishna then responds and guides us that there are two paths that have always been in existence. One is of Wisdom and Knowledge for those inclined towards analytical thinking and second is the path of karma where some are inclined towards action. Both can get someone to self-realization in various degrees. Sri Krishna is ensuring that Arjuna’s doubts can be answered, so he tells him the importance of not running away from action and that moksha is not attained by just taking sannyas and entering into a monastery. No matter what you are, who you are, we are all subject to perform actions because we are manifested in this world. Whatever actions we do, we will receive the reaction or response to it.

I hope you enjoyed listening to the 20th episode of the Thoughts on The Bhagavad Gita and if you are interested in listening to more episodes like this on further chapters and verses, or on Non-Duality, or you want to learn more about the wisdom of the Mystics please follow/subscribe to this Podcast.