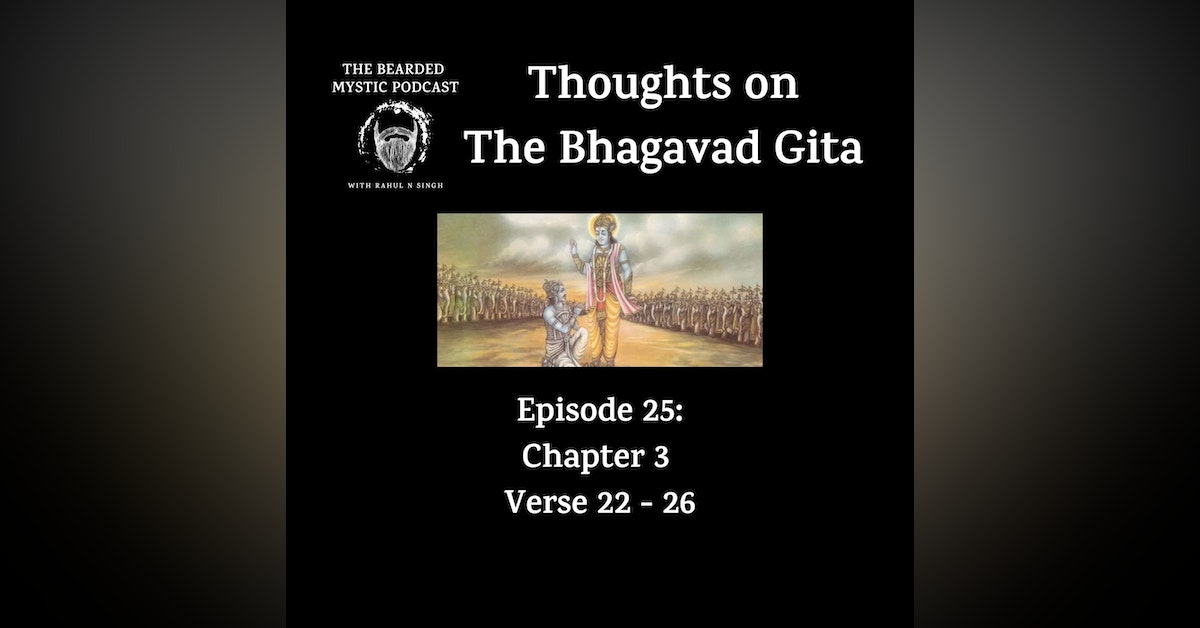 In this episode, The Bearded Mystic Podcast discusses the 3rd chapter of the Bhagavad Gita, specifically verses 22 - 26. Sri Krishna guides Arjuna that despite the fact he has no compulsion to act and there is nothing for him to attain, yet he still acts in the world. We all must follow the example of Sri Krishna - we must act in the world, with detachment, knowing full well that we are the Supreme Being - Brahman, Pure Awareness. If Krishna refused to act, then human beings would do this and it would bring great harm to the balance of this Earth, to the devas.  Shri Krishna is giving us an insight into the future if we do not act as enlightened beings. If we act according to our suffering, then we will cause a great extinction on this planet. Shri Krishna wants Arjuna and all of us to understand that we are karma yogis who are not to be attached to any self-serving outcome. And say if we do have to act for own benefit, then we must also keep in consideration the greater well-being of all beings in this universe  We do not tell others what to do, but we show others how to perform actions with unselfishness through our own personal example. This is the best way to show someone enlightened living!

I hope you enjoyed listening to the 25th episode of the Thoughts on The Bhagavad Gita and if you are interested in listening to more episodes like this on further chapters and verses, or on Non-Duality, or you want to learn more about the wisdom of the Mystics please follow/subscribe to this Podcast.