Wisdom of the Mystics: Ramana Maharshi 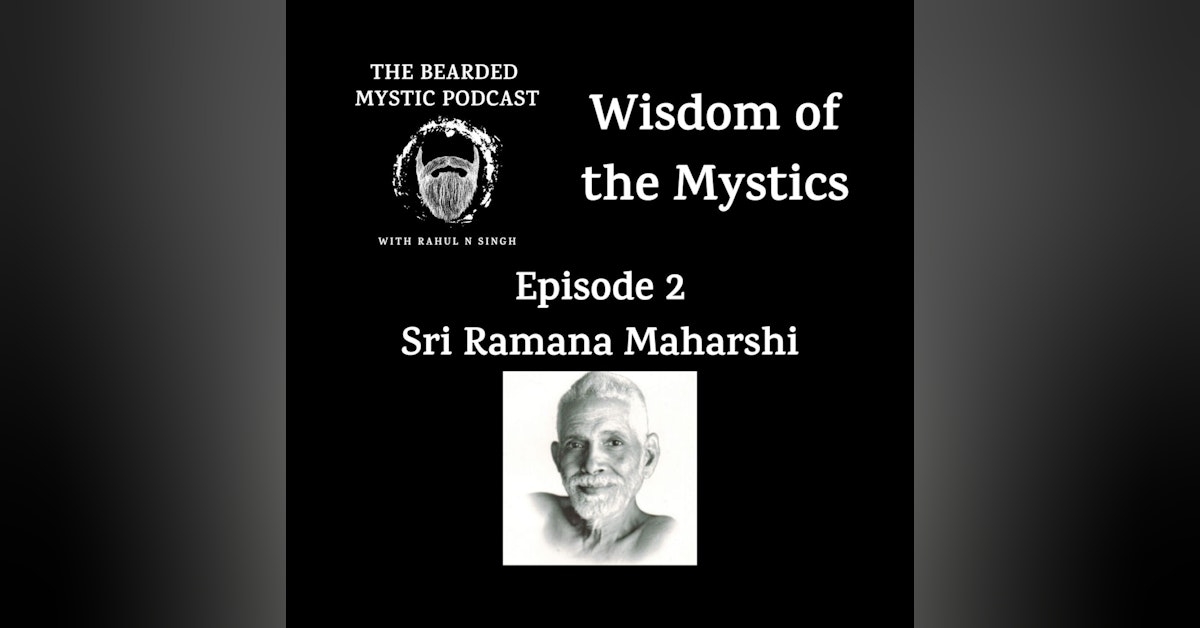 Season 3 Wisdom Of The Mystics

In this episode, The Bearded Mystic Podcast discusses the wisdom of a particular wisdom named Sri Ramana Maharshi. His simple yet direct teachings have inspired myself and many on the path of self-enquiry to discover who am I! For 'Who am I?' is the most fundamental question of existence and Sri Ramana gives us the answers that will help in our search.

In this episode, I go through some quotes of Sri Ramana Maharshi and give my thoughts on them. If you would like me to speak of a particular mystic - let me know.

The quotes that I discuss are from this book that you can get on Amazon here: https://amzn.to/3hnQPaF

I hope you enjoyed listening to the Wisdom of the Mystics series and if you are interested in listening to more episodes about Non-Duality and a deep-dive into the Bhagavad Gita , please follow/subscribe to this Podcast.

Wisdom Of The Mystics Episodes